Air cargo is an important industry for the world economy. It handled over 1.2 trillion pounds of goods in 2016 and is predicted to grow at a rate of 6% each year through 2021. Here are 5 interesting facts about air cargo: 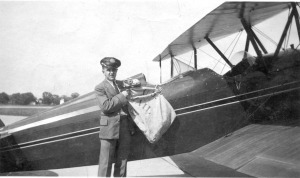 The first cargo flight took place in the United States on November 7, 1910, between Dayton and Columbus, Ohio. Philip Orin Parmelee flew a Wright Model B plane 65 miles (105 kilometers) carrying 200 pounds of silk for the inauguration of a business.

Antonov An-225 is a combination of an airplane and a flying truck. It carries up to 225 tons of cargo and has a maximum takeoff weight of 640 tons.

3) The largest item ever shipped : 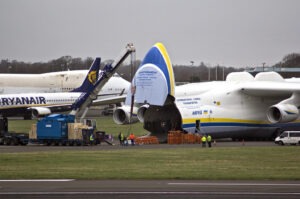 The biggest freight transport by air was made by Antonov An-225 Mriya in 2009 when it delivered a gas power generator weighing 418,834lbs from Germany to Armenia. Upon completion of the delivery, it was awarded a certificate from the Guinness Book of Records.

4) Busiest cargo airport in the world :

Emirates begin a regular 8,588 mile (13,821 kilometers) service between Dubai, UAE, and Panama City, Panama in February 2016. Traveling westbound takes 17 hours and 35 minutes.  Although it is primarily a passenger journey, the plane’s belly can carry up to 15 tonnes of cargo.